The crew at Cold Moon Farm, LLC, has had an active and full summer season!  Here is a quick update on some of our comings and goings: 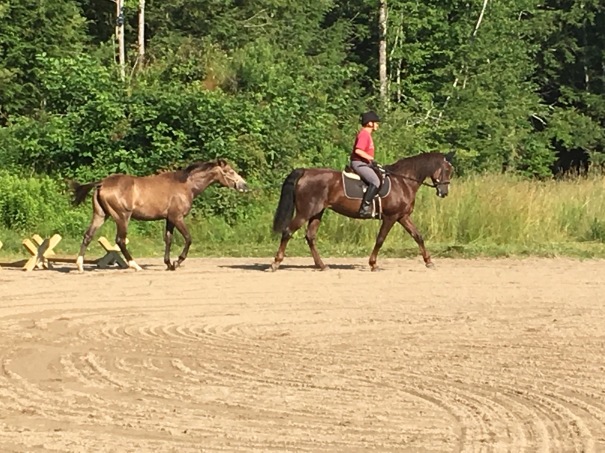 Principal Horseman Christina Keim had judging commitments at the Charles River Dressage Association in Millis, MA and was the “r” Connemara judge at the prestigious Upperville Colt and Pony Horse Show in Upperville, VA.  She also audited a great clinic with Bernie Traurig, held at Ridgeway Stables in Dover, NH.  The write up was posted originally on Horse Network, and Mr. Traurig liked it so much that he shared it on his own website! The end of the month saw Christina teaching at the Central New England Region Pony Club Camp in Durham, NH as well as JEF Anna Rose’s debut at Third Level at the University of New Hampshire summer USDF dressage show. We also welcomed assistant Devyn Blood to the Cold Moon Farm team.  Devyn helped us with conditioning horses, working with our youngster Izzy and with farm coverage while Christina was on the road.

Principal Horseman Christina hit the ground running after an early month’s vacation, teaching at the Green Acres Stables Eventing Camp and at several certification prep sessions for Wentworth Pony Club.  JEF Anna Rose competed at the On the Bit/Tack Shack USDF Dressage show, earning her top Third Level score to date.  Liatris also got back on the trail in earnest, taking trips to the recreational rail trail in Farmington, NH, as well as Pawtuckaway State Park in Deerfield, NH.  Cold Moon Farm is proud of Pony Club member Deme E., who successfully completed her C3 Dressage Specialty certification.  Christina had the opportunity to work with Deme as she prepped for this test. 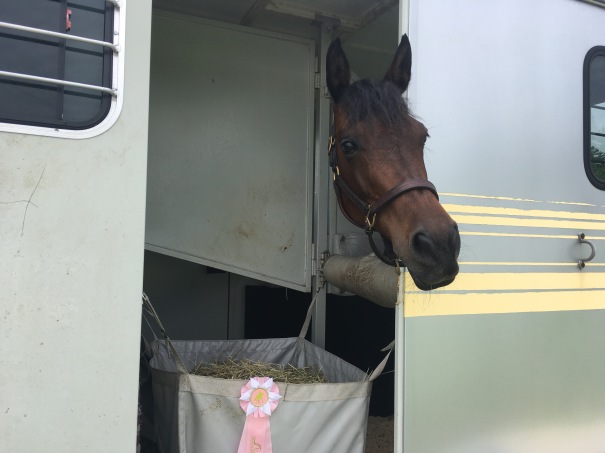 Anna contemplates her performance at the On the Bit/Tack Shack USDF show.

Cold Moon Farm is proud to announce that Liatris completed both days of the difficult 25/25/50 mile CTR, held at the Green Mountain Horse Association in South Woodstock, VT.  Our main focus with her is to keep her comfortable and happy while continuing to build up her total lifetime mileage, so we competed on Saturday (2nd place with a final score of 97.5) and rode pass/fail on Sunday.  Principal Horseman Christina continued to work regularly with Wentworth Pony Club riders, all of whom passed their D1, D2 and D3 certifications, as they had aimed for them.  Mid month, Christina traveled to Racine, Wisconsin, where she was on the HB/C3 certification panel.  Congratulations are in order for all of the successful candidates, but especially the ones at the HB, who had a 100% pass rate!

The end of the month saw JEF Anna Rose out competing again at the Longfellow Dressage USDF show, her final competitive outing for the 2017 season.  Not to be outdone, stablemate Liatris added 60 more miles to her lifetime total at the GMHA Distance Days weekend, finishing 5th in the 35 mile CTR and completing the 25 mile CTR as a mileage only ride.

The 25 mile day at Distance Days also brought the remnants of Hurricane Harvey to New England and we were all rather…damp.  Thanks to Denny Emerson of Tamarack Hill Farm for this photo.

In addition, Christina has been lucky to be able to bring JEF Anna Rose to the beautiful Chesley Brook Stables six times over the summer to work with Verne Batchelder of River House Farm in Williston, FL.  Thanks to Verne’s good eye and wealth of techniques, Anna has made so much progress that her saddle fitter announced she had gained over an inch of new topline muscle. A blog on some of this will soon be available.  Our youngster, DRF Isabela, also had a full summer of learning and growing, and we continue to look forward to her future. 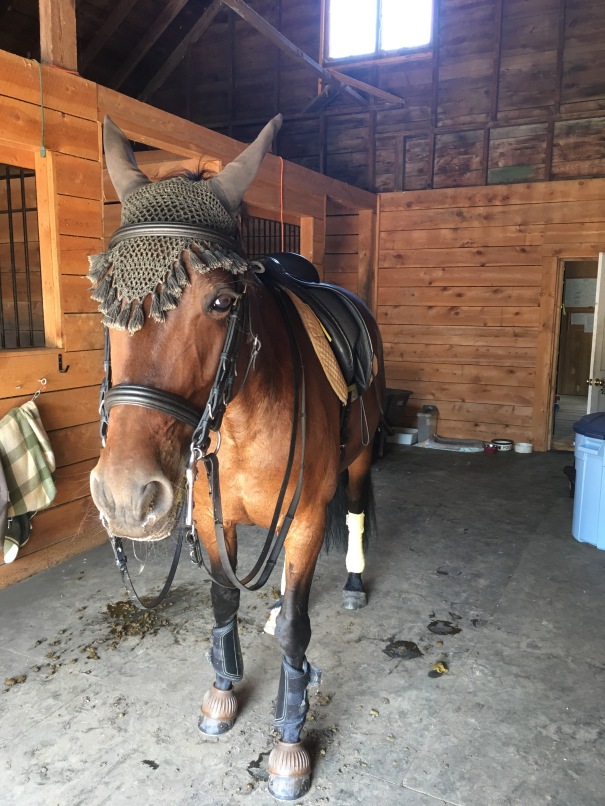 Anna has become more proficient with her collected work, flying changes, and understanding the double bridle.